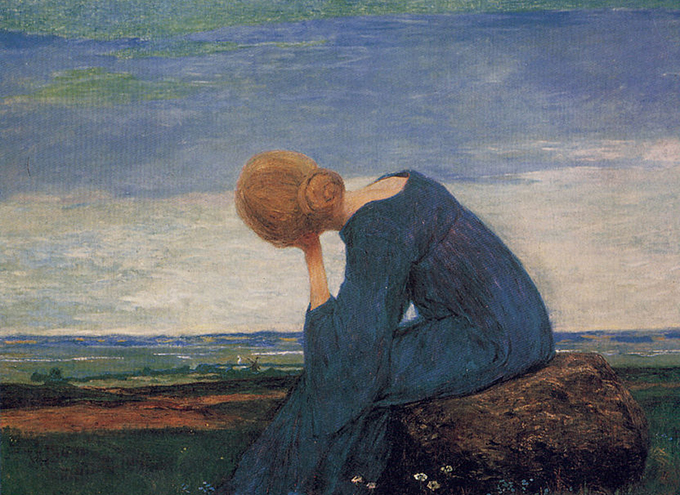 “We should evaluate our investments of attention,” Jacobs urges in Thesis #7, “at least as carefully and critically as our investments of money.” But we will be in a better position to undertake such an evaluation when we understand exactly what we are talking about when we talk about attention, which is a word that—despite its importance—is never defined by Jacobs in the 79 Theses.

It's easy to assume that "attention" is experienced in the same way by everyone. But as Matthew Crawford’s recent work has argued, attention has been imagined, and thus experienced, differently over time. Attention names various states or activities that we might do well to distinguish.

We can define attention first as "intently focusing on one object or task." Reading a long, demanding text is a one example of this kind of attention. This sort of attention is the subject of Nicholas Carr's Atlantic article, “Is Google Making Us Stupid?”: “Immersing myself in a book or a lengthy article used to be easy,” Carr notes, but now “my concentration often starts to drift after two or three pages. I get fidgety, lose the thread, begin looking for something else to do. I feel as if I’m always dragging my wayward brain back to the text.”

I suspect many of us share Carr's experience. Not unlike the Apostle Paul, we lament, “What I want to pay attention to, I cannot. What I do not want to pay attention to, to that I do.” This failure to direct our attention presents itself as a failure of the will, and it assumes at some level that I am, as an autonomous subject, responsible for this failure (for more on this point, I suggest Chad Wellmon’s exchange with Jacobs).

But sometimes we talk about attention in a slightly different way; we speak of it as openness to the world, without any particular focal point. Sometimes the language of presence is used to articulate this kind of attention: Are we living in the moment? It is also the sort of attention that is advocated by proponents of “mindfulness,” to which Jacobs devoted two theses:

11. “Mindfulness” seems to many a valid response to the perils of incessant connectivity because it confines its recommendation to the cultivation of a mental stance without objects.

13. The only mindfulness worth cultivating will be teleological through and through.

On the surface, the two ways of talking about attention that I've outlined attention contradict each other. Directed attention is inconceivable without an object (mental or material) to sustain it, but no object would appear apart from an already existing form of attention.

We can think of attention as a dance whereby we both lead and are led. This image suggests that receptivity and directedness do indeed work together. The proficient dancer knows when to lead and when to be led, and she also knows that such knowledge emerges out of the dance itself. This analogy reminds us, as well, that attention is the unity of body and mind making its way in a world that can be solicitous of its attention. The analogy also raises a critical question: How ought we conceive of attention given that we are  embodied creatures?

This simultaneous knowing and not-knowing seems to me another way of talking about attention as both openness to the world and as a directed work of the mind. It is a work of both receptivity, of perceiving the world as a gift, and care, of willfully and lovingly attending to particular aspects of the world. And, as Merleau-Ponty goes on to argue, attention is also a form of embodied perception that construes the world as much as it registers it. In this sense, our attention is never merely picking out items in the world (see Crawford on this idea); rather, attention is always interpreting the world in keeping with the desires and demands of an embodied being at a particular moment.

To a hiker on a long walk, for example, a stone is a thing to step around and is registered as such without conscious mental effort. It is attended to by the body in motion more than by the cogitating mind. To a geologist on a walk, on the other hand, a stone may become an object of urgent intellectual inquiry.

Both of these instances of perceiving-as result from subjective prior experience. The expert hiker moves along at a steady pace making countless adjustments and course corrections as a matter of bodily habit. The geologist, likewise, has trained his perception through hours of intellectual labor. In either situation, a novice might fail to hike as adroitly or notice the geologically interesting stone. Merleau-Ponty calls this repertoire of possible perceptions the “intentional arc,” which subtends “the life of consciousness—cognitive life, the life of desire or perceptual life.”

This example suggests two poles of attention, bodily and mental. But these are not mutually exclusive binaries. Rather, they constitute a spectrum of possibilities from the dominance of conscious mental activity on one end to the other end where non-conscious bodily activity is paramount. Consider the person lost deep in thought or a daydream. This person is deeply attentive, but not to his surroundings or to sensory information. Such a person would have to be called back to an awareness of their body and their surroundings.

By contrast, we may imagine the athlete, musician, or dancer who is, to borrow Mihály Csíkszentmihályi’s formulation, “in the flow.” Like the thinker or daydreamer, they, too, are in a state of deep attention, but in a different mode. Conscious thought would, in fact, disrupt their state of attention. We may complicate this picture even further by observing how the hiker “in the flow” might be lost in thought and remain an expert navigator of the terrain.

But where does technology fit into our model? That is, after all, where we began and where Jacobs directs our attention. Perhaps there's another spectrum intersecting with the one running from the bodily to the mental: one that runs from mediated to unmediated forms of attention.

Consider our hiker one more time. Imagine that she is now equipped with a walking stick. Aspects of her attending to the world through which she makes her way are now mediated by the walking stick. Of course, the walking stick is an adept tool for this particular context and extends the hiker’s perceptions in useful ways. (It would be very different, for instance, if the hiker were walking about with a garden hose.)

Imagine, however, giving the hiker a different tool: a smartphone. The smartphone mediates perception as well. In the act of taking a picture, for example, the landscape is seen through the lens. But a subtler act of mediation is at work even when the smartphone’s camera is not in use. Smartphone in hand, the hiker might now perceive the world as field of possible images. This may, for example, direct attention up from the path toward the horizon, causing even our experienced hiker to stumble.

We may be tempted to say that the hiker is no longer paying attention, that the device has distracted her. But this is, at best, only partly true. The hiker is still paying attention. But her attention is of a very different sort than the “in the flow” attention of a hiker on the move. Without the smartphone in hand, the hiker might not stumble—but she might not notice a particularly striking vista either. 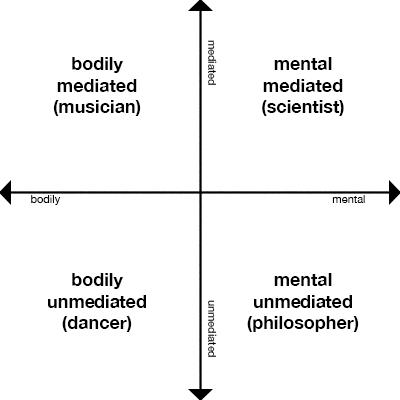 How does conceiving of attention in this way help us?

The result of this exploration has been to break up the opposition of device to attention. An opposition, I should say, I don’t think Jacobs himself advocates. Instead, my hope is to expand our conceptual tool kit so that we might make better judgments regarding our devices and our attention to the world.

L.M. Sacasas is a doctoral candidate in the Texts and Technology program at the University of Central Florida. Follow him on Twitter @frailestthing.