Is Portland for Slackers? An Interview With Tom Krattenmaker

"MtTaborPortlandHood" by Cacophony - Own work. Licensed under CC BY-SA 3.0 via Wikimedia Commons.

Tom Krattenmaker is Portland-based writer specializing in religion in public life and a contributing columnist for USA Today. He has just completed writing an in-depth profile of Portland for the Thriving Cities Project (anticipated publication in 2015).

Common Place: Just this week, the New York Times published an article on the city of Portland, “Will Portland Always Be a Retirement Community for the Young?” In it, Portland is described as a sort of slacker’s paradise. Would you agree with that assessment?

Tom Krattenmaker: That’s pretty close to the truth, but I would push back on that term “slacker.” I don’t think the hip young adults crowding this city are generally lazy or directionless. Many of them are ambitious and super busy with all sorts of creative projects—maybe their bands or their art or some political cause or nonprofit they’re involved with. The “paradise” part is pretty close to the truth. I have never been in a city that comes so close to matching a certain kind of ideal. The combination of creative energy, natural beauty, liberal politics, and sustainability is really quite amazing. For some people, it’s probably more like a hell, but if you’re a certain type of person, Portland is as close to urban paradise as you’re likely to get.

CP: In the article, a lot of attention is given to the dearth of well paying jobs with too many overeducated people. Do you see this aspect of Portland as a problem? Is there something else going on besides New York Times version of the story?

Sure, it’s a problem, but probably not of the magnitude one might think. A lot of Portland people aren’t interested in conventional jobs. The lower incomes also keep costs of living relatively low. Also mitigating this problem is the existence of an alternative artisan economy that has little interest in business as usual and in personal acquisition. These are people who create and consume hand-crafted goods and cultivate shared experiences and spaces that give them a form of “social wealth” that isn’t captured by conventional economic measures. Some will tell you that this is the upside of the scarcity of corporate headquarters in Portland. The absence of Fortune 500 companies leaves space for this kind of alternative economy to grow and flourish.

CP: You just finished writing an in-depth profile on Portland for the Thriving Cities Project. What did you learn that surprised you?

As you can tell from my answers above, I’m a fan of these “Portlandia” aspects of our city, and I love the ways in which Portland is different from other places. However, doing all this thinking and research and writing about Portland over recent months has opened my eyes to something to which I had not given enough attention previously—namely, the way we tend to skip some of the fundamentals that might not be in sync with the Portlandia dream but that are essential for a city’s long-term thriving. These are things like a solid public education infrastructure, support for families, race equity, and—yes—conventional economic strength, which is necessary to finance the whole thing and to keep our population from becoming too much of a one-dimensional caricature.

CP: What is often overlooked in discussions of Portland are the city's racial challenges. How would you describe them?

In my Portland profile, I sometimes refer to Portland living the “green dream.” It’s also a white dream in that Portland is the least diverse major city in the United States. But for some, Portland is nothing close to a dream. Especially for people of color, it can be tough place. All of us liberals out here are for racial justice in principle. But for a whole complex set of reasons, we don’t always put our money where are mouths are. If you look at the metrics, whether it’s income or health outcomes or high school graduation rates or any number of other measures, you find big disparities. I’m hopeful, though, that we are in the early stages of an evolution whereby the city begins to live up to its progressive values in this area, too.

CP: Would you say Portland is a thriving city?

In many ways, yes. No place is utopia, and that’s certainly true of Portland. But a lot of what’s happening here is very good and is conducive to residents having an urban experience with less of the grind that you find in most big cities, and with more sheer pleasantness and cheerfulness (despite the gray skies and rain). It’s telling that so many smart, educated young people—people with lots of options—continue to endorse the place by moving here. 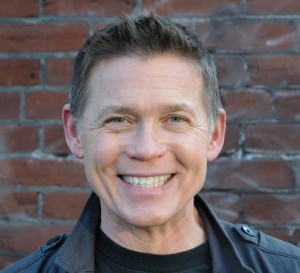