Do We Really Take Science Too Seriously? 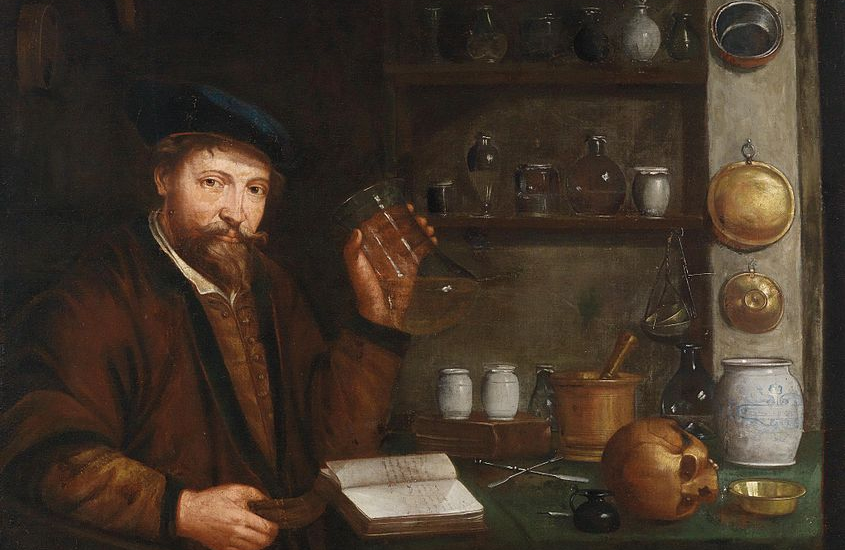 In his recent article at The Week, “How Our Botched Understanding of ‘Science’ Ruins Everything,” Parisian entrepreneur and writer Pascal Emmanuel Gobry addresses a real problem: Misunderstandings of what science is and how it works can lead people to trust too much in claims that simply appear to be “scientific.” To address these misunderstandings, he offers a precise definition for science: “the process through which we derive reliable predictive rules through controlled experimentation” (emphasis in original). Unfortunately, the understanding of science that Gobry singles out isn’t the only one that’s mistaken.

Gobry is right to point out that for many people today, the most difficult moral, political, and even religious questions can be resolved or dismissed on the basis of little more than press releases about the latest studies. Because we don’t understand science, he continues, we face all manner of civil and political disasters, particularly when we turn to a problem like climate change: “While it is a fact that increased carbon dioxide in the atmosphere leads, all else equal, to higher atmospheric temperatures, the idea that we can predict the impact of global warming … 100 years from now is sheer lunacy.”

After all (the article explains) scientific knowledge is not “capital T-Truth” nor is it “‘true’ knowledge, since it is knowledge about only specific empirical propositions—which is always, at least in theory, subject to further disproof by further experiment.”

But these statements about science suffer from the same lack of epistemic humility that the rest of the piece rightly decries. Whereas some hope to find the “capital T-Truth” about complex and difficult questions through the selective reading of supposedly scientific research, Gobry finds the truth about “what science is” through a selective reading of the history and philosophy of science. And since I, too, believe a proper understanding of “science” is important, the problems with this definition are worth addressing.

Defining any really big human endeavor—science, politics, religion, art, philosophy, and so on—is always difficult, and doomed probably to be too controversial or too obvious. With this particular definition, however, the trouble is that much of modern science seems to fall outside it.

Astronomy, for instance, is a science of no small importance. But many important advances in astronomy—such as Copernicus’s heliocentric model of the solar system—could not have been demonstrated or tested by any controlled experiment. Astronomers can make predictions that can be tested by observation, so if we loosen our definition of science by taking out the requirement that experiments be “controlled,” astronomy would then fit back into the definition of “science.” But then there is no clear methodological reason to exclude models of climate change from “science.”

Similarly, some sciences aim to provide true descriptions of the world rather than “predictive rules.” Consider, for instance, evolutionary biology. One of the astonishing claims of modern evolutionary biology is that every living thing on earth is related. Not only do we share a common ancestor with all humans, but all humans share a common ancestor with all amoeba. This claim about the nature and history of life, while supported by a wide range of empirical evidence, is about much more than “specific empirical propositions.” And when, on the basis of this theory, I assert that my cat is my (very) distant cousin, this is not some kind of predictive rule—it is just a claim about the world that I believe to be true. In fact, it’s not clear what sciences do fit this definition of “science,” other than, perhaps, medicine or optics.

Problems with this definition aside, to what extent does the definition of science really matter for public policy? Gobry endorses the increased use of experimentation on issues like education and social welfare policy in order to make these policies more scientific. But this seems like precisely the kind of naïve take on science we want to avoid.

For instance, Gobry claims that the Montessori method of education, because it is supported by experimental evidence, is in some sense “scientific.” Of course, as with other areas of social science, different studies of Montessori education have yielded different results. This should not be surprising—educators face different challenges in different times and places, and rigorous adherence to any one system will not always work. Social policy experiments, like psychology experiments, are bound to be more difficult to replicate than physics or chemistry experiments, and for the same reason—the subject of social policy is more irreducibly complex than the subjects of physics and chemistry. Imitating the methods of the exact sciences will not give the social sciences the same predictive power.

More experimentation by state and local governments is a good idea, but as Stuart Butler and David B. Muhlhausen argue in their recent National Affairs essay, “Can Governments Replicate Success,” “[r]ather than simply try to mimic what worked elsewhere, [policymakers] should strive to adapt successful strategies to their own situations.” The value of experimentation in public policy is not that it provides a scientific foundation for policymaking in the way physics provides a scientific foundation for engineering, but rather that it can allow for incremental improvements and adaption of ideas to new circumstances.

This brings us back to climate change, where the idea of using climate science to make long-range predictions was dismissed as “sheer lunacy,” because they are, in the end, uncertain. But uncertainty about the future is the norm when it comes to controversial questions of public policy. There is no straightforward formula for deciding how much a scientific claim should be trusted, but that does not mean we should not trust such claims at all. As Aristotle wrote, “it is the mark of an educated man to look for precision in each class of things just so far as the nature of the subject admits.” To update Aristotle’s examples, looking for a precise prediction of how climate change will affect the planet over the next century is as absurd as asking an astronomer for a merely probable estimate of the position of Mars on September 22, 2114.

Making decisions about how to act on the basis of uncertain knowledge is an inevitable challenge of politics. Some politicians abdicate their responsibility to make decisions by pretending that scientific findings simply dictate the policy decisions. But a politician who dismisses less-than-certain knowledge about the future as mere “lunacy” (that presumably does not deserve consideration in their deliberations) is also abdicating responsibility.

A better understanding of the meaning and limits science will surely help correct the distorted and reductionist views that many today seem to believe scientific knowledge supports. But just as reductionism in science is wrong, reductionism about science—reducing the complex scientific enterprise to a single method—is bound to distort the way we understand science and its place in our intellectual and political culture.

Brendan P. Foht is assistant editor of The New Atlantis: A Journal of Technology and Society. Doctor in His Study, c. 1702, by Johann de Cordua; via Wikimedia Commons.