Looking Beyond the New Numbers on Poverty

The U.S. Census Bureau has released the income and poverty figures for Americans in 2013, and they offer at least a glimmer of light in an otherwise quite somber landscape. The glimmer is the poverty rate, which fell from 15 percent in 2012 to 14.5 in 2013, with statistically significant improvements occurring, notably, among children and Hispanics. 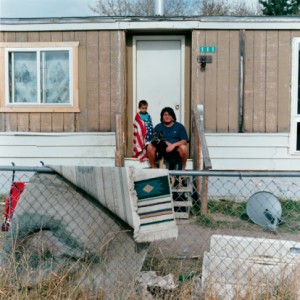 The gloom—although it's not really news at this point—comes from the absence of the kind of improvements Americans have been looking for since the end of 2008—2009 recession. The number of poor people (45.3 million) is basically unchanged from the numbers of the two previous years. And while the situation for many children may be improving, the poverty rates for youth transitioning into adulthood (ages 18–24) and for young adults (ages 25–34) were no better than those of the previous year—and this despite rising education levels among these two key cohorts of the workforce. Education is still America's great engine of upward mobility, of course, but high-school degrees and even college diplomas are not helping as many Americans move in the right direction. (And indeed the debts incurred through hefty college loans are leaving many struggling grads in dire financial straits. )

Extrapolations from the data reveal further disturbing trends. According to analysis by the Brookings Institution,  for instance, the number of poor people in the nation's 100 largest metropolitan areas has grown by 10 million between 2000 and 2013, with the suburban poor population growing twice as fast the the number of urban poor. Brookings researchers Elizabeth Kneebone and Natalie Holmes summarize the pattern this way:

Four years into the recovery, America's metro areas—like the nation overall—had achieved only modest progress toward reducing poverty to its pre-recession levels. Where gains did occur, they tended to happen in big cities, further accelerating a long-term trend in the suburbanization of U.S. poverty and the challenges that accompany it.

But more troubling than all of this is an underlying economic trend that puts more and more individuals and families on the edge of poverty: the continued flattening of real wage growth for most American workers. Indeed, since 2000, according to the Economic Policy Institute, real wage growth has been negative for those in the bottom 30 percent of wage distribution, a reality that puts many workers only one missed paycheck away from falling below the poverty line.

Numbers and trends such as these are common fodder for the debate over who's winning or losing the War against Poverty, a campaign launched fifty years ago by President Lyndon B. Johnson. For reasons I discussed in an earlier blog, the overworked war metaphor has itself become a problem, whether used by liberals in dedicating themselves to the struggle against poverty or by conservatives in describing the failure of Big Government to defeat it.

In addition to creating unrealistic goals and expectations, the war metaphor ends up placing even more stigmas on the poor, stigmas that are used by some to blame the poor for their poverty and by others to deny them responsibilty or agency. The stigmas also contribute to the related and reflexive view that poverty is exclusively a problem of others, not equally one of the larger society or our political economy.

How, then, do we think beyond the numbers, the metaphors, the stale single-cause explanations? The fall issue of The Hedgehog Review invites reader to consider the ways we have come to think about, act in behalf of, depict, or judge those people whose only truly common distinction is their limited—sometimes desperately limited—means. We ask readers to question whether their own assumptions and perceptions are themselves contributing to an increasingly divided commonwealth, in which zero-sum thinking seems to be the guiding principal of our political economy.

One metaphor often used in discussing the poor—the trope of the "invisible poor"—receives much-needed scrutiny from several contributors to the fall issue, including literary scholar John Marsh. Tracing a long and distinctive line of authors who saw themselves as exposing the hidden realities of poverty in order to enlighten and encourage the sympathy of better-off readers, Marsh questions whether the project of class discovery didn't quickly run its legitimate course. After all, despite repeated fictional and journalistic exposés, the alienation between the well off and the poor seemed only to grow. Writers such as James Agee in Let Us Now Praise Famous Men, for example, struggled with feelings of bad faith, worrying that his writing was becoming, in effect, "poor-nography," an exploitation of the very people whose lives he was trying to document and enter into.

Exposing the invisible poor may have become an exhausted moral and literary trope, but it is hard to abandon it when the reality of the last four decades has been a growing separation between the classes, with less interaction and fewer places of intersection between the middle and upper classes, one one side, and the less well off, on the other. Conservative social critic Charles Murray in Coming Apart describes a radical divide between what he terms the new upper class and the new lower class, a divide that has effectively destroyed a common civic culture through which values were once broadly inculcated and reinforced.

Looking beyond that widening divide, several of our authors describe the places and institutions where the poor, whether working or not, are finding support and community, making connections, pulling themselves up by the bootstraps. But as noted author and educator Mike Rose explains, many of the strongest institutional supports for the less well off—the public library, among them—are themselves in a precarious condition. Today, too many  Americans simply fail to appreciate the mutiple benefits that a well-supported local library brings to people who have very little cultural, intellectual, and even social infrastructure on which to rely.

Social research and resulting public policies themselves contribute to misunderstandings about the poor and poverty, argues historian Alice O'Connor. By trying to locate a single pathology or set of root causes (whether cultural, biological or even neurological), American social analysts repeatedly advocate policies that aim to "fix" people while neglecting or even ignoring the wider and deeper social and economic forces that make poverty, in the minds of some people, an acceptable and even necessary component of an efficient, competive economy. In short, says O'Connor, "poverty research has become caught up in a paradox of its own making—of diminishing insight into the problem of poverty amid more, and more intimately detailed, data about the poor."

O'Connor also cites sociologist Mark Rank's recent observation that economic hardship has become a widespread, diversified, and even "mainstream" experience affecting a majority of Americans during the course of their lives. In a first-person account, critic and novelist William McPherson explores his own descent into such hardship, recounting some of the ways that poverty complicates almost every aspect of daily existence. Anthropologists Michael and Ines Jindra, in their report from the world of the safety net, provide a glimpse into the many predicaments and problems that drive a diverse assortment of people to seek help from various independent, nonprofit assistance agencies. They also bring to light the concerns and challenges of the people who work in these agencies. "Taken together," the authors say, "these and other nonprofits provide a window on some of the colliding and commingling subcultures that make up the kaleidoscopic world of the poor."

Photographic depictions of the poor have also played a crucial role in America's discourse on poverty, and the fall issue of THR honors that body of work through a photo gallery and essay that features the work of many of our outstanding photographers and documentarians. These are images that capture the granular details of hard lives, attesting as much to strength and resilience as to struggle and weariness.

"Thinking About the Poor," the fall issue of The Hedgehog Review will be available November 1 at select Barnes & Noble bookstores or by ordering online. Subscribe in print ($25 one year) or digital ($10).