A member of the editorial staff on vacation. Calle Eklund via Wikimedia Commons.

Hedgehogs have scattered far and wide for the summer—but we’re determined to get through that stack of books. Here are some of the things we’re reading. What about you? 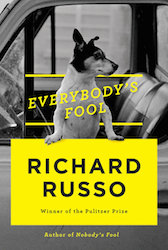 If you want a good a take on the inner lives of the people who are said to be the core supporters of Donald J. Trump—that is, the underemployed and deeply discouraged members of America's white working class—then you could do no better than pick up a copy of Richard Russo's Everybody's Fool. Take this not on my own authority but the author's. He recently said so, with a touch of ruefulness, in an interview on NPR. Russo has been exploring this social terrain long before Trump became a serious (did I just say serious?) contender for the presidency, in eight previous works of well-wrought fiction and a memoir.

This, Russo's most recent novel, revisits the same fictional territory (the upstate New York town of North Bath) and takes up many of the same characters he explored so compellingly in Nobody's Fool. Donald "Sully" Sullivan (played by Paul Newman in the 1994 film adaptation of the earlier novel) is back, the stoic anti-hero who retains his quiet philosophical calm as things human and physical (including one of the town's major buildings) fall apart. The novel opens fittingly with a description of the town's cemetery, the only thing that seems to be growing in North Bath: "The plot of land set aside on the outskirts of town became crowded, then overcrowded, then chock-full, until finally the dead broke containment, spilling across the now-paved road onto the barren flats and reaching as far as the new highway spur that led to the interstate. Where they'd head next was anybody's guess." That, we soon learn, is not the only way the dead affect the lives of North Bath's struggling survivors. If the novel is elegiac, it is also deeply funny, a comedy for our times. 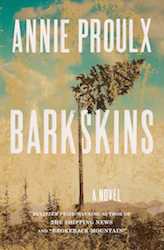 The great book upheaval after moving house continues and I’m rediscovering several old favorites that I want to re-read. A friend mentioned that he’s re-reading Cormac McCarthy’s Suttree for the fifth time and while that is one of my favorites, too, I read it (for the third time) about a year ago. This summer, I plan on heading into the sunset with another McCarthy novel, Blood Meridian, a happy tale about marauding scalp-hunters led by the quasi-mythical and brutally violent Judge.

New reading will include one (or all) of the three Barbara Pym novels that I recently found at the Decatur Bookstore in New Orleans: The Sweet Dove Died, Quartet in Autumn, and A Glass of Blessings. I also have Sagittarius Rising by Cecil Arthur Lewis, World War I flying ace and BBC co-founder. I just finished Y.T. by Alexei Nikitin, a short novel about surveillance, conspiracy, and nostalgia for the past. Nikitin’s book has hilarious elements of surrealism blunted by the banality of Soviet bureaucracy still lingering in 1980s Ukraine. Ultimately, the book was a little 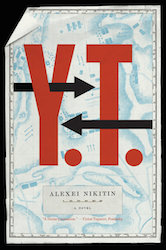 disappointing, but I couldn’t shake the feeling that that was the part of the author’s intended effect. (Extra credit to Melville House for a fine new English translation by Anne Marie Jackson)

At present, I’m working my way through Annie Proulx’s latest, Barkskins. This generational saga of early settlers and native people in New France (Canada) progresses—gallops, really—from the seventeenth century to modern times, traveling between the New World, Europe, and Asia. At times, one senses that Proulx is trying to keep the horse from bolting, but, she still has a knack for detecting human absurdity and I’m grateful that she keeps what is surely a novel disguised as an environment admonition from becoming a tiresome screed. (Thanks, William T. Vollmann, for the spoiler in your New York Times review.) 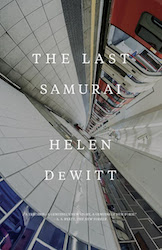 This summer I'm in two separate book clubs, one on a book I have read—Sigrid Undset's Kristin Lavransdatter—and another on a book I have not—Helen DeWitt's The Last Samurai. This brings the two delights of introducing friends to a great book they haven't read, and being introduced to a great book I haven't read. The Last Samurai, at least so far, has everything I really desire in a book, including the trick of introducing me to things I hadn't thought to desire. It's funny and extremely clever and, maybe most importantly, concerned ultimately with more important things than being funny or clever. 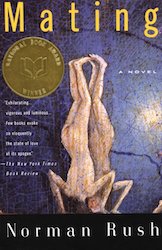 the heroine and its lack of any good choices for her to make, really does engage your sympathies in a way that provokes anger and requires mandatory cool-down periods.)

I've also been reading Norman Rush's Mating, a dryly amusing tale of a stymied nutritional anthropologist in Botswana. Insofar as these books have a theme, the theme would be something like "intelligent people who fail to live up to their potential"—whether thanks to eros, boredom, or (poor Clarissa Harlowe) insurmountable hostility. No use dwelling on it, though: As the narrator of Mating says, "The celerity with which people recognize something is spilt milk is a main measure of their rationality." 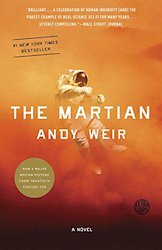 Books on Mars, or rather books about Mars. I've started with a literary duel of sorts between Andy Weir's The Martian and Ray Bradbury's The Martian Chronicles, musing over the ways in which, if these novels are any indication, Mars has shifted in seventy-five years from being a place of utopian colonization to a site of fantastic techno-scientific feats of human survival. I may move onto C.S. Lewis's Out of the Silent Planet and/or Carl Sagan's Cosmos. In any case, my mind is spending summer on the Red Planet. 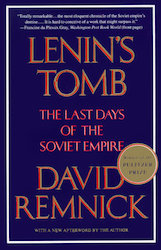 When Mitchell Stephens of NYU sought to justify including John Reed’s Ten Days That Shook the World on a list of the top works of twentieth-century journalism, he argued: “Yes, as conservative critics have noted, Reed was a partisan. Yes, historians would do better. But [the October 1917 Russian Revolution] was probably the most consequential news story of the century, and Reed was there, and Reed could write.” When the state whose creation Reed narrated began to disintegrate seventy years later, David Remnick (now of New Yorker fame) penned Lenin’s Tomb, an engrossing blend of history and ethnography that chronicles the decline and fall of the Soviet empire. Remnick was there, Remnick could write, and Remnick could see through the ideological blind spots of Reed.

In reading his account today, at a time when tensions between Russia and the United States are palpable and citizens of the two countries once again view each other with reciprocal suspicion, one is left to reflect longingly upon the squandered possibilities for newfound international cooperation inherent in the end of the Soviet Union, and then, in turn, to wonder if such longing is just the sort of Reed-style romanticism for which Remnick provides an insightful complement.