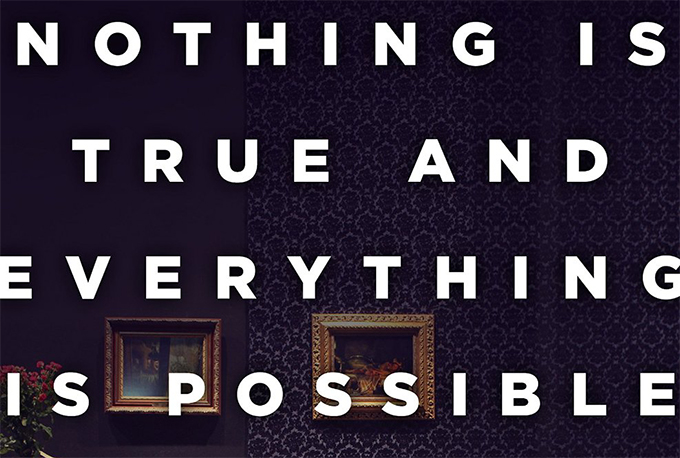 The British filmmaker, journalist, and author Peter Pomerantsev was recently in the United States to lecture on Vladimir Putin’s use of culture and information to advance his domestic and international agenda. He stopped by our editorial office to discuss his most recent book, Nothing Is True and Everything Is Possible: The Surreal Heart of the New Russia.

The Hedgehog Review: Peter, your book, which I very much enjoyed, could also have plausibly been subtitled,  “What I learned while working in Putin’s culture industry.” But before you go into what you learned from that experience, could you tell us a little about what you did and how you got into what you were doing?

Peter Pomerantsev: Sure. I worked as a TV producer in Moscow. I had finished university in Edinburgh and film school in Moscow, and I was looking for a job, and there was just a lot more work in Russia than there was in Britain.

PP: Yes, during the oil boom, when Moscow was a very happening place. Russia was the fastest-growing TV market in Europe, and there was just more opportunity to progress faster—to start making, directing, and producing programs and films rather than just assisting. It also seemed a very exciting place to be—the place, in many ways. It was a bit like Elizabethan England or New York in the Roaring Twenties. There was a real “Jazz Age” feel about it. There was a hint of menace, but the menace at that point seemed intriguing. Not like now, when it just seems threatening.

THR:. And, so, who did you start working for exactly?

PP: I worked with Russian TV channels, an entertainment channel. It was already, by 2006, morally déclassé to work in news. There were quite a lot of Westerners who had come over, working as bankers, international developers, and consultants. And there were also a lot of media people who had come over to teach the Russians how to make Western-style TV. I worked with an entertainment channel, which was explicitly apolitical. And it was my job to make a 120 million Russians laugh and cry.

So we did. This channel brought the reality show to Russia, and it brought the sitcom to Russia. The ratings were very good. The mood at the channel was sort of culturally punkish, but it was very, very successful, and rolling in gas money. And everybody who was working there was, like, twelve. The head of the channel was a thirty-something.

THR: And your book tells a lot of the stories about what you did, specifically, and about the people you met, the subjects of some of your work, your colleagues, and so on. What exactly was your biggest discovery about this particular corner of the culture industry in Russia at that time?

PP: Well, listen, TV is much more than just culture in Russia. I mean, on a very deep level, sort of going back to Marxist times, propaganda and culture are seen as tools for transforming society, for controlling society. The propagandist is a sort of demigod in Russia. So if you look at the political side of things—which I didn’t deal with, but I knew people who did, and I would see how it was made—the job of the main TV channels was to create the ideal Putin citizen. Not so much managing consent, as re-creating the reality by which people should live. The first thing Putin did when he took control, when he became president, was to seize control of TV—even before he took control of oil, energy, or anything else. So this is very much a system of political authoritarian control that is exercised through TV.

But even in my little corner, we were very consciously aware that we were transforming society. So you know, there was a big buzz about how we deal with women, based on a new trend of celebrating the strong woman in Russia. So, one of the biggest shows they did was Married with Children—which was the first Russian version—and it was a bit hit because it was all about a strong, pushy woman, very Russian, who bullies her husband. Russian women loved it. It was the first time that sort of female character appeared. When we made the Russian version of Little Britain, which is a British sketch show, it was the first time we had a comedy with a gay character. In Britain we talk about exploring themes, or, you know, maybe shifting perceptions. In Russia, it was like, we’re going to recreate society. It was a much grander idea of what a TV producer can do.

THR: So this information- culture- and quasi-propaganda industry had a specific reality that it was trying to shape. How would you characterize that reality?

PP: It’s actually quite remarkable—in terms of politics, because that’s really where the great innovations have happened. They’ve essentially created a new type of authoritarian rule, which isn’t based on classic indoctrination, like that of the Nazis. The Kremlin is much more supple when it comes to ideology, and it creates a sort of simulacra of democracy on TV.

So you’ll have debate shows—you’ll have a Kremlin-scripted right-wing guy, and a Kremlin-scripted left-wing guy, both of them so crazy they’ll make Putin look good by contrast. But this is literally scripted by the Kremlin. The head of presidential administration in those days, Vladislav Surkov, would literally just phone politicians up and tell them what to say and how to play this out and tell producers what the narrative should be. So life became one huge reality show.

And people understood this. This wasn’t about brainwashing. People understood it perfectly well: The whole thing was a farce. And the ultimate aim was to keep people entertained, to give them a sort of politics purely as entertainment, but also, bizarrely, to send a very odd message saying, “It’s all a show. Don’t think you can ever change anything. We control all the narratives. There’s no point in being a lefty or a righty or a liberal. We have all your narratives here; you are all under our control. Just sit back, relax, watch TV, have a good beer.” The message wasn’t, “Oh,, believe in this shadow democracy.” It was, you know, “Here’s your democracy. We can fake it. Just chill out, and, don’t think you can ever do anything.”

Oddly enough, whenever a genuine opposition figure appears in Russia, the first story the Kremlin gives is that actually, he’s not genuine, he’s one of our guys, we put him there. He’s not a real opposition figure. Don’t believe in him. So it’s all aimed at breaking down belief, and inspiring cynicism. Which is a completely new type of propaganda, because usually propaganda is about agitation, about getting people to march or kill other people. And here the propaganda is all about cynicism. All the world’s a show, a spectacle, and true change is impossible.

THR: Finally, what Putin’s culture and information mavens have accomplished domestically is also being used as, as you call it, a weapon in achieving its international objectives. And in fact Russian media is quite adept at creating some of those confusions of reality, or undercutting of any idea of truth, in pressing its international ambitions.

PP: Well, yes, that’s exactly what they’re doing. They’re not trying to convince anyone that Russia is right. Russia’s international propaganda machine doesn’t try to say Russia is right. It doesn’t try to produce a utopian picture of Great Russia. I mean it does come back to this idea of truth. It is an epistemological approach. The Russian approach is very much to undercut the idea of truth, to always, muddy the waters and confuse.

RT [formerly Russia Today], the international broadcasting arm, spreads conspiracies all the time. A lot of the conspiracies are absurd; they don’t even try to make them sound realistic. They just trash the information space. So the ability to find any sort of truth is destroyed. The result is cynicism and passivity . Why shouldn’t Russia take Ukraine? What’s the big deal?

Also, once the idea of information is subverted, all that really matters is who can tell the more colorful stories. A friend of mine is doing some research about the media in Bulgaria. And it turned out the Bulgarian media were taking many more of the Russian versions of events in Ukraine. So when MH17, the Malaysian Airline passenger plane, came down, Bulgarian media were regurgitating the Kremlin versions, which were bizarre. You know, things like, “The Ukrainians were ordered to shoot down President Putin’s plan but missed and hit a passenger plane.” Another one was that there were dead people on board right from the start. I mean, absurd things like that. So I asked this guy, the researcher, why the Bulgarians were doing this. Was it political? Do Russians control the media secretly in Bulgaria, or is it just, you know, linguistic, because Bulgarian and Russian are close as languages? And he said,, “No, no, they’re just better stories. They’re just clickbait.”

The Kremlin has always had very gifted storytellers, who will always beat Western storytellers. Communism was a better story; it’s just that the reality was terrible.