Alan Jacobs is a distinguished professor of humanities in the honors program at Baylor University and a Senior Fellow of the Institute for Advanced Studies in Culture. A prolific essayist, reviewer, and blogger, he is the author of Breaking Bread with the Dead: A Reader's Guide to a More Tranquil Mind, The Year of Our Lord 1943: Christian Humanism in an Age of Crisis, “The Book of Common Prayer”: A Biography, and The Pleasures of Reading in an Age of Distraction, among others. 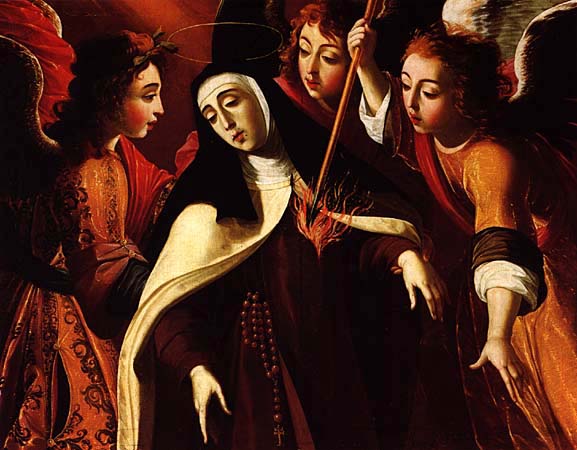 Let me zero in on what I think is the key paragraph in my friend Chad Wellmon’s response to some of my theses:

But this image of a sovereign self governing an internal economy of attention is a poor description of other experiences of the world and ourselves. In addition, it levies an impossible burden of self mastery. A distributive model of attention cuts us off, as Matt Crawford puts it, from the world “beyond [our] head.” It suggests that anything other than my own mind that lays claim to my attention impinges upon my own powers to willfully distribute that attention. My son’s repeated questions about the Turing test are a distraction, but it might also be an unexpected opportunity to engage the world beyond my own head.

I want to begin by responding to that last sentence by saying: Yes, and it is an opportunity you can take only by ceding the sovereignty of self, by choosing (“willfully”) to allow someone else to occupy your attention, rather than insisting on setting your own course. This is something most of us find it hard to do, which is why Simone Weil says “Attention is the rarest and purest form of generosity.” And yet it is our choice whether or not to practice that generosity.

I would further argue that, in most cases, we manage to cede the “right” to our attention to others—when we manage to do that—only because we have disciplined and habituated ourselves to such generosity. Chad’s example of St. Teresa is instructive in this regard, because by her own account her ecstatic union with God followed upon her long practice of rigorous spiritual exercises, especially those prescribed by Francisco de Osuna in his Tercer abecedario espiritual (Third Spiritual Alphabet) and by Saint Peter of Alcantara in his Tractatus de oratione et meditatione (Treatise on Prayer and Meditation). Those ecstatic experiences were a free gift of God, Teresa thought, but through an extended discipline of paying attention to God she had laid the groundwork for receptivity to them.

(I’m also reminded here of the little experiment the violinist Joshua Bell tried in 2007, when he pretended to be a busker playing in a D.C. Metro station. Hardly anyone noticed, but those who did were able to do so because of long experience in listening to challenging music played beautifully.)

In my theses I am somewhat insistent on employing economic metaphors to describe the challenges and rewards of attentiveness, and in so doing I always had in mind the root of that word, oikonomos (οἰκονόμος), meaning the steward of a household. The steward does not own his household, any more than we own our lifeworld, but rather is accountable to it and answerable for the decisions he makes within it. The resources of the household are indeed limited, and the steward does indeed have to make decisions about how to distribute them, but such matters do not mark him as a “sovereign self” but rather the opposite: a person embedded in a social and familial context within which he has serious responsibilities. But he has to decide how and when (and whether) to meet those responsibilities. So, too, the person embedded in an “attention economy.”

In this light I want to question Weil’s notion of attention as a form of generosity. It can be that, of course. In their recent biography Becoming Steve Jobs, Brent Schlender and Rick Tetzeli tell a lovely story about a memorial service for Jobs during which Bill Gates ignored the high-powered crowd and spent the entire time in a corner talking with Jobs’s daughter about horses. That, surely, is attention as generosity. But in other circumstances attention may not be a free gift but a just rendering—as can happen when my son wants my attention while I am reading or watching sports on TV. This is often a theme in the religious life, as when the Psalmist says “Ascribe to the Lord the glory due his name,” or in a liturgical exchange: “Let us give thanks to the Lord our God.” “It is meet and right so to do.”

There is, then, such a thing as the attention that is proper and adequate to its object. Such attention can only be paid if attention is withheld from other potential objects of our notice or contemplation: The economy of our attentional lifeworld is a strict one. But I would not agree with Chad that this model “levies an impossible burden of self mastery”; rather, it imposes the difficult burden of wisely and discerningly distributing my attention in ways that are appropriate not to myself qua self but to the “household” in which I am embedded and to which I am responsible.