Earlier this month, my colleague Bethany Nowviskie asked a group of digital humanities scholars gathered in Lausaunne, Switzerland, to consider their work—its shape, its fate, its ends—within the context of climate change and the possibility of our, as in the human species, own extinction. (How's that for a dinner-time keynote? Bourbon, please.)

The premise of Nowviskie's talk, "Digital Humities in the Anthropocene," was the fact of climate change and the irrevocable consequences that it could have for life on our planet. What would it mean, she asked, to be a humanities scholar in the anthropocene, a geological epic defined by human impact on the natural world? What would it mean to practice the humanities within a geological scale of time?

Whatever the fate of the "anthropocene" as a term (its existence and even inception is still being debated among geologists), the scientists, activists, and scholars who invoke it consider human activity and practices as inseparable from nature. Whether they intend to or not, they thereby challenge basic ideas about the human, culture, and agency that have sustained the humanities for centuries.

The very notion of the anthropocene and the suggestion that humans could cause geological-level change undermines, as Dipesh Chakrabarty puts it, the "age-old humanist distinction between natural history and human history." From Vico's famous claim that humans could  know only what they have created, while nature remains God's inscrutable work, to Kant's understanding of cosmopolitan history as purposive action, Western thinkers have long distinguished between human and natural history. But granting humans a geological agency, however aggregative and delayed, undermines this distinction. What becomes of history and culture when it can no longer be thought of as simply human?

For one thing, we can better conceive of our cultural and historical labor as bound to the contingency, finitude, and flux of nature, and, thus, cultivate a more acute awareness of how extinguishable our labor can be. Here's Nowviskie speaking to her digital humanities colleagues:

Tonight, I’ll ask you to take to heart the notion that, alongside the myriad joyful, playful scholarly, and intellectual concerns that motivate us in the digital humanities—or, rather, resting beneath them all, as a kind of substrate—there lies the seriousness of one core problem. The problem is that of extinction—of multiple extinctions; heart-breaking extinctions; boring, quotidian, barely-noticed extinctions—both the absences that echo through centuries, and the disposable erosions of our lossy everyday. We edit to guess at a poet’s papers, long since burned in the hearth. We scrape through stratigraphic layers of earth to uncover ways of life forgotten, and piece together potsherds to make our theories about them hold water. Some of us model how languages change over time, and train ourselves to read the hands that won’t be written anymore. Others promulgate standards to ward against isolation and loss. With great labor and attention, we migrate complex systems forward. We redesign our websites and our tools—or abandon them, or (more rarely) we consciously archive and shut them down. DHers [digital humanities scholars] peer with microscopes and macroscopes, looking into things we cannot see. And even while we delight in building the shiny and the new—and come to meetings like this to celebrate and share and advance that work—we know that someone, sooner or later, curates bits against our ruins.

Humanities labor represents, continues Nowviskie, a deeply human striving to communicate "across millennia" and "a hope against hope that we will leave material traces," in stone, manuscript, print, or digital form.

This is where the strivings of humanities scholars and geologists of the anthropocene intersect. They both rummage about nature for traces of the human. And while for some, such ceaseless searching is 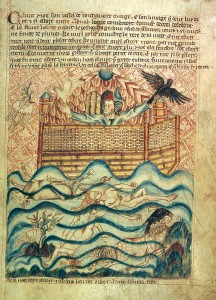 driven by an indomitable humanism, a confidence in a human spirit that will always live on, others are haunted by the possibility of our extinction and the end, as Nowviskie puts it, "of so much worldly striving." But those of us who are in search of a fragmented and sundered human are also motivated by this prospect of extinction.

When Nowviskie exhorts us to "dwell with extinction," she echoes a humanistic disposition that has long been defined by the specter of loss. Since at least the studia humanitatis of the early modern period, scholars have practiced the humanities in anticipation of catastrophe. Theirs, however, was not a crisis of the guild, anxieties about budget cuts and declining humanities enrollments, but a fear of the radical and irreparable loss of the human record.

Many of the great encyclopedic works of the early modern European scholars were defined, as Ann Blair describes them, by the “stock-piling” of textual information intended to create a “treasury of material.” The early modern masterpieces of erudition—such as Conrad Gesner’s Bibliotheca universalis (1545) or Johann H. Alsted’s Encyclopaedia septem tomis distincta (1630)—were motivated not simply by information-lust but by a deeply cultural conception of the ends of scholarship, a desire to protect ancient learning and what humanists considered to be its integrity and authority. These early humanists, writes Blair, “hoped to safeguard the material they collected against a repetition of the traumatic loss of ancient learning of which they were keenly aware.” This loss had rendered Greek and Roman antiquity inaccessible until its gradual recovery in the fifteenth and sixteenth centuries. Humanist scholars saw encyclopedias and related reference works that collected ancient learning as guarantees that knowledge could be quickly reassembled should all books be lost again. They were busy collecting and curating because they feared another catastrophe.

The most glorious moment for a work of this sort would be that which might come immediately in the wake of some catastrophe so great as to suspend the progress of science, interrupt the labors of craftsmen, and plunge a portion of our hemisphere into darkness once again. What gratitude would not be lavished by the generation that came after this time of troubles upon those men who had discerned the approach of disaster from afar, who had taken measures to ward off its worst ravages by collecting in a safe place the knowledge of all past ages!

But even as Diderot promised his contributors future glory, he also acknowledged how fleeting the whole endeavor could be. The Encyclopédie, he lamented, would be irrelevant as soon as it was printed. The traces of the human that the "society of gentlemen" had so diligently collected in print would be out of date upon its first printing. Even print could not stop time.

In the nineteenth century, the famous German classicist August Böckh claimed that all this striving to collect and protect the material traces of the human was exemplified in the science of philology, which he defined as the Erkenntnis des Erkannten, or knowledge of what is and has been known. Our current knowledge is only as good as our past knowledge. And working with the fragmented documents of that past gave philologists an acute sense of how fragile our knowledge and history of ourselves was. The philologist's attention to and care for the material nature of human culture—its embodiment in documents and texts of all sorts and qualities—was cultivated by a consciousness of how fragile it all was. The only thing that bound the species together was a documentary record always under threat.

Today that documentary record is undergoing a transition, unprecedented in its speed and extent, from printed to digital forms. Some scholars, archivists, and librarians warn that this move could prove catastrophic. Things of our past may be lost and forgotten. But if the long history of the humanities teaches us anything, it is that humanistic work has always been practiced in the face of catastrophe.

In our digital age, the vocation and the disposition of the humanities remains intact. "The work of the humanist scholar," writes Jerome McGann, "is still to preserve, to monitor, to investigate, and to augment our cultural life and inheritance." And it's this disposition that thinking about the humanities in the anthropocene may help us recover.

Photograph: The dove and the raven released by Noah, with drowning people and animals in the water beneath the ark. From the Holkham Bible Picture Book, Add MS 47682, England: second quarter of the 14th century, Parchment codex, The British Library, London.