The Arts and Humanities Save Lives! 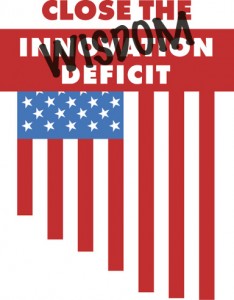 There was a time, long ago, when it was taken for granted that what we now call the “humanities” was integral not just to human enjoyment but to human survival.

It was self-evident that what the Greeks called logos—language and language-based reasoning—is not only what made the human animal different from all the other animal species of Earth, but that language was essential to the human capacity to survive, and thrive, in a too-often hostile and harsh environment. Rabbits have speed and agility; bears have teeth and claws; eagles have wings; humans have language. As one ancient Athenian put it:

For in the other powers which we possess we are in no respect superior to other living creatures; nay, we are inferior to many in swiftness and in strength and in other resources; but, because there has been implanted in us the power to persuade each other and to make clear to each other whatever we desire, not only have we escaped the life of wild beasts, but we have come together and founded cities and made laws and invented arts; and, generally speaking, there is no institution devised by man which the power of speech has not helped us to establish. For this it is which has laid down laws concerning things just and unjust, and things base and honorable; and if it were not for these ordinances we should not be able to live with one another. It is by this also that we confute the bad and extol the good. (Isocrates, Nicocles, Antidosis 3.5–7)

Above all, logos was for the Greeks the source of wisdom, which was assumed to be essential to human survival. Similar ideas can also be found in ancient Hebraic, Confucian, Arab, and other cultures.

We have come a long way from this “naive” view. Ours, as the cliché goes, is a technological age, and science and engineering are now assumed to be the keys to human survival.

Recently, my own university’s chancellor, Phyllis Wise, reminded us of technology's vast sway.   In a blog post featured on Linkedin, and now republished on the University of Illinois’s website, she argued that the United States needs to fix what she and her fellow scientists and engineers call the “innovation deficit”—the gap between current levels of federal funding of science and engineering and what the country needs “to remain the world’s innovation leader.”

Once we fix this “innovation deficit,” she said,  “we will be well on our way to solving some of the world’s biggest problems.” Scientists and engineers, she explained in a series of examples, would be able to heal diseases, clean up the environment, and, “ensure our national security” by providing new technologies to the Department of Defense. By designating “health and education,” “environment,” and “national security” as the three main areas to which science and engineering can substantially contribute, Chancellor Wise appealed to human life as the main benefactor of science and technology research.

Of course, not all technological innovations are lifesaving. As Chancellor Wise concluded, some things are about “quality of life” rather than survival:

Finally, there’s this: everything from plasma TVs to the first internet browser to YouTube to whipped cream in a can—these innovations can all be credited to a university (ours, in the case of these examples). And while these innovations may not be lifesaving, they certainly contribute to our quality of life. Add to these examples the vibrant scholarly work of our historians, artists, musicians, journalists, and others who work to enrich our understanding of the world and of other people in a powerful way, and it’s clear that federal funding for research is a critical part of modern life.

This seems all self-evident enough, but is it?

Professional hurt feelings aside, it is incorrect to categorize the arts and humanities as concerned with “quality of life” rather than—as Wise’s post clearly implies—the sustenance of human life. The value of “historians, artists, musicians, journalists, and others” is not equivalent to the invention of canned whipped cream!

Today the world’s biggest problems have indeed grown big enough to concern the very survival of the human species: environmental catastrophe, genocidal weapons, and fragile technological and economic systems each put the species—not just individuals—at risk. But the solutions to these problems, in as much as they can be achieved, will be essentially, and not merely accidentally, social and political in nature.

Consider a national problem before us now that very much concerns human life. Two weeks ago, after the grand jury in Ferguson decided not to indict Officer Darren Wilson, President Obama and many others came out arguing for a technological fix: cop cameras. With this technology, they argued, we could erase ambiguities and probabilities from the arbitration of police conduct and be able to know with more certainty the sequence of events in incidents like the slaying of Michael Brown. Meanwhile, police officers themselves would certainly feel the presence of these cameras and be compelled to exercise more restraint when interacting with the public.

If this were so, Chancellor Wise might be right: Science and technology could fix some of the world’s biggest problems.

But as we learned last week in another grand jury decision concerning the police killing of another black man—this time, Eric Garner of Staten Island—technology means very little in a culture of police impunity before people of color. Garner’s killing took place in the full view of a camera. The footage is widely available online and shows an unarmed man who posed no imminent threat to police or bystanders being put in a chokehold by a police officer and slowly suffocated. As Sean Davis at the Federalist writes, “The grand jury’s decision not to bring any charges against the officer who killed Garner is inexplicable. It defies reason. It makes no sense…. All we have to do is watch the video and believe our own eyes."

Cameras, microchip sensors, drones: No matter what the gadget, there is no technological fix for racism, or for more subtle problems such as prosecutorial discretion. There is no science that can save us from the historically embedded habits and the wider structures that cause us, seemingly instinctively, to value the lives of some more than others based on the skin color, gender, or any other of a number of social markers of the Other. And the only solutions for structural problems within the law are both better law and better practice of the law.

These problems require citizens capable of reflecting on matters like discrimination and the law, and leaders who understand that the world’s problems can't be fixed simply through technology. The world’s largest problems are not equivalent to the problem of gravity. If they were, perhaps science and technology could solve them. We’d just need more well-funded Newtons and Einsteins. Rather, we have problems that are inherently political and/or social in nature and that require political and/or social solutions. Moreover, it should be obvious by now that scientific and technological “fixes” often create new ones (e.g., industrialism's creation of global warming, genocidal killing machines, and antibiotics).

So while it seems silly to say it, it needs to be said, in light of the legitimate value political and academic leaders are putting on life: The arts and humanities save lives!

If for the Greeks, logos was the means by which humans established cities, today it is the language, visual, plastic, and other arts that offer the sorts of practices and epistemologies capable of better reckoning with the world’s problems, whether they be the plight of racism (which keeps technologies from being put to just use), the situation of climate change (which requires above all political solutions for any technological fixes to be implemented), or the existence of economic inequality and poverty (which simply cannot be addressed adequately by any metric apart from good policy).

I am not claiming that the arts and humanities are salvific. There is no need for hyperbole here, no need for triumphalism. Rather, we need only to reckon with the world’s problems as they are to see that the arts and humanities, in as much as they equip us to do political and social work well, can save far more lives than any gizmo. If saving lives is our metric, the biggest deficit we face is not an "innovation deficit" but a "wisdom deficit."

Nor is the issue here the “humanities” versus the “sciences,” but rather the obvious point that science and technology are good only in so far as they are used well, and that their good use is a matter of principle and prudence, not causality and efficiency.

Chancellor Wise and other leaders of the academy-in-crisis, in addition to the "innovation deficit," would you consider solutions to the “wisdom deficit” we now face?

Ned O’Gorman, associate professor of communication at the University of Illinois, Urbana-Champaign, is the author of Spirits of the Cold War: Contesting Worldviews in the Classical Age of American Security Strategy and the forthcoming The Iconoclastic Imagination: Image, Catastrophe, and Economy in America since the Kennedy Assassination.