Murray Milner Jr. (1935–2019) was a Professor Emeritus of Sociology at the University of Virginia and a Senior Fellow at the Institute for Advanced Studies in Culture. His books included the influential Freaks, Geeks, and Cool Kids, among many others.

In his new book, Elites: A General Model, sociologist Murray Milner, Jr. puts forward (according to Jeffrey Alexander of Yale University) "the first really new theory of elites in many decades." Milner, a senior fellow at the Institute for Advanced Studies in Culture, systematically analyzes the roles of economic and political elites. Unlike most work on elites, however, he draws special attention to status elites, including modern celebrities. The power of status elites is not primarily political or economic. Below is an adaptation of some of Milner's thinking on status elites, and why they matter.

Within the literature on elites, status tends to be relatively ignored or neglected in favor of economic and political power. (By status I mean something like prestige, rank, honor, or dishonor—the accumulated expressions of approval and disapproval directed toward an actor or object.) It’s true that “status elites,” as I’ll call them, are in some respects residual, and tend to thrive in arenas where political and economic power are not particularly valued. They derive their power from extraordinary levels of beauty, bravery, knowledge, virtue, or eloquence.

Status is relatively inalienable—it is not easily transferred or appropriated—and inexpansible, so upward mobility is carefully restricted. Norms are made complicated in order to make it difficult to gain status: Brahmins create elaborate rules about purity and pollution; upper classes are often distinguished by accent, demeanor, and style; and scholars like myself must acquire erudition to be taken seriously.

Another source of status is associations; associating with those of high status improves your status, with those of low status lowers your status. This is especially the case with respect to intimate expressive relationships; eating and romantic relationships are key forms of intimacy. Hence, upper castes cannot eat with or marry those of lower castes, though they can interact with them in work situations. Teenagers care about “who eats with whom in the lunchroom” and who “goes with” or “hooks up with” whom, but are less concerned about who sits next to them in class—especially if seats are assigned by the teacher. 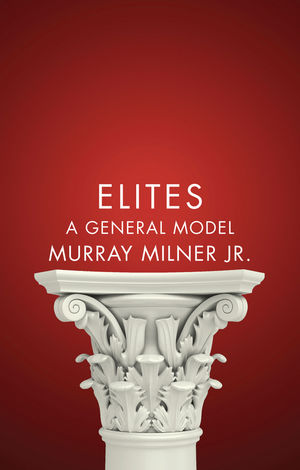 Status elites can assume more than one form. They can be religious leaders, or actors, or journalists, or simply “famous for being famous.” Helen Hayes, Laurence Olivier, Frank Sinatra, James Thurber, Ayn Rand, Harriet Beecher Stowe—all are elites who draw their prestige from their cultural or ideological abilities. There are also those elites who are celebrities or pop-stars, such as—today—Beyoncé, Kanye West, Taylor Swift, and reality TV stars such as the Kardashians.

As societies become larger and more complex, it is very difficult for elites to be socially visible by physical presence—which doesn’t matter if you are seeking to become rich, but does matter if you want to become Beyoncé, for whom social visibility is a prerequisite to rank and power. Even the largest stadiums hold only a small percentage of the population of contemporary societies. Status must be created through the media—especially the mass media, which has created the modern-day celebrity.

Celebrities bolster political and economic elites. They advertise beer, fast foods, tennis shoes, watches, credit cards, and automobiles, and they represent a “good life” that consists of good looks, sensuality, and extravagant consumption. They also create a class of “secondary celebrities”: those who work for “entertainment news,” “talk shows,” and tabloid magazines about the “lives of the rich and famous.”

With the modern celebrity came with the celebrity intellectual, and, eventually, the celebrity politician. Sgt. Pepper's Lonely Hearts Club Band came out in 1967, which was also the year the term “public intellectual” first appeared in the Oxford English Dictionary. Whereas celebrities are primarily cultural, these elites were ideological. Public intellectuals engaged, not their academic peers, but the public—frequently on controversial matters. Politicians now faced instant sound and image recording of virtually all of their public words, which are communicated via around-the-clock news to their whole constituency. The closest advisors of most politicians are no longer local and state party activists, but rather the specialists in the media and public relations.

These primarily ideological elites have to walk a fine line when engaged with the public. Preachers who live too lavishly become suspect; professors who become cabinet members soon have their objectivity questioned. Conversely, complete detachment and rejection of the world makes the status of religious and intellectual elites largely irrelevant to worldly matter. When the Rev. Jerry Falwell became closely associated with conservative politics, it tended to increase his support among his core constituency, but it reduced his religious stature among more liberal evangelicals.

Most forms of Marxism and of classical elite theory assume that all social change and power dynamics are fundamentally reducible to a small number of factors and that the course of history is essentially determined. This is a weakness. Status elites have, at times, sustained their dominance in a way that “elites,” more traditionally understood, could not. To attempt to understand traditional India without considering the importance of Brahmins and their ideology, or to reduce these to disguised economic interests, is to miss a central feature of that society and culture. Similarly, to attempt to understand the contemporary U.S. without paying serious attention to celebrities is likely to lead to an incomplete, distorted analysis.

In Elites: A General Model, I provide a corrective to the traditional Marxian or elite perspectives that stress the power of either a ruling class or a political elite. I outline a more complex model that also takes seriously the role of status elites and of non-elites—as well as the typical conflicts that occur within each type of elite. The aim is to provide enough theory to guide detailed empirical analyses, but to avoid a “philosophy of history” that claims to know the historical outcome in advance.

Order your copy of Elites: A General Model here.