by Stephen Assink
Posted on July 29, 2014 in Common Place
Image:
Last month, the Thriving Cities Project gathered together practitioners and scholars from around the country for a two day conference to recap and assess research, project goals, and current findings.
Read more

The Ethics of Squirming

Posted on July 11, 2014 in Infernal Machine
But something more does need to be said about the broader ethics of research, which sometimes puts us in uncertain ethical situations. There is something about the will to know, and more so the professionalization of knowledge production, that leaves us more frequently than we would like in tricky ethical territory. Rather than simply relying on an IRB “stamp of approval” university researchers might instead simply stop squirming and take responsibility for their work, even being willing to regret it or repent of it.
Read more

by Brianne Alcala
Posted on July 22, 2014 in Infernal Machine
Whatever the fate of the "anthropocene" as a term (its existence and even inception is still being debated among geologists), scientists, activists, and scholars consider human activity and practices as inseparable from nature. Whether they intend to or not, they thereby challenge basic ideas about the human, culture, and agency that have sustained the humanities for centuries.
Read more

Twilight of an Idol: College, Purpose, and Zombies

by Brianne Alcala
Posted on July 25, 2014 in Infernal Machine
College has come to bear an impossible burden, both individually and socially. Its most confident advocates treat it like a stand-alone ethical resource, capable of funding and guiding the self- transformations of America's elite.
Read more

by Brianne Alcala
Posted on July 29, 2014 in Infernal Machine
By clinging to the idea that that humanities and humanistic social science scholarship must take the form of a print book, scholars and deans threaten the future of university presses and erode their ability to evaluate and distribute high-quality scholarship.
Read more 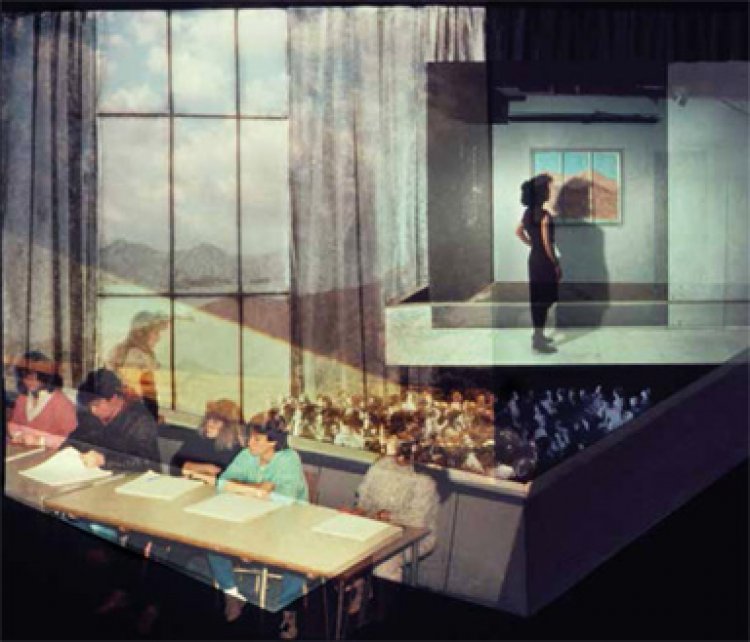 by Leann Davis Alspaugh
Posted on July 7, 2014 in THR Web Features
Image: The Traveler Remembers_Friday, 1987, by Nancy Goldring; courtesy of the artist.

Though careful observation comes first, my process involves research: detecting palimpsests in the architecture or observing how people move and inhabit the place.